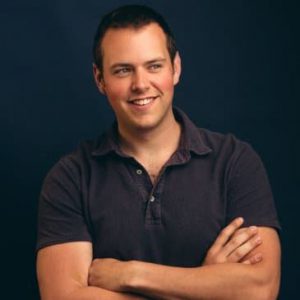 When Michael Hanna joined me for a webinar on Salesforce hacks last week, the former sales operations leader for businesses like UPS and Eloqua made it abundantly clear that his hacks were designed to accomplish a singular goal: Helping sales teams hit quota. Seems reasonable enough. After all, as Hanna explained to our audience, if your Salesforce implementation isn’t designed to achieve that goal, then why bother with it at all?
“If you’re not periodically taking a step back, looking at your Salesforce implementation, and asking yourself whether the insight you’re gathering is actually helping your team hit quota,” Hanna said, “then you’re not leveraging Salesforce for the right purpose.”
Thankfully, Hanna didn’t drop the mic and end the webinar with that warning. To the contrary, the co-founder and President of Hanna Strategy Group went on to share several simple — but powerful — Salesforce hacks to drastically improve sales productivity and, ultimately, revenue results. I’ll share three of those hacks below and publish follow-up posts with the rest in the coming weeks. If you missed the webinar, click here to watch it in its entirety.

When reps lose an opportunity, they are typically required to track the reason the deal was lost, but they don’t often record the stage at which it was lost. Unfortunately, Hanna says, that tends to paint an incomplete or misleading picture. For instance, if you notice an influx of lost opportunities with the reason “Price is too high,” then you might assume that your sales team needs training on how to negotiate. But what if the opportunities weren’t lost in the negotiation stage, but in the discovery stage instead? “That’s a very different context,” Hanna says. “You can do negotiation training all day long, but you won’t fix the problem if there’s an issue with the discovery stage.”
Executing this Hack in Salesforce:

When an opportunity is set to “Closed Lost” in Salesforce, use a workflow rule to auto-populate a “Lost Stage” field with the opportunity’s current stage. If you’re not already recording “Lost Reason”, include a pick list that makes it easy for reps to document why the deal wes lost, and a freeform field that allows them to provide more color or context. Use validation rules to make sure those fields are not left blank.

Picture this: You’ve got an opportunity with a close date of March 1, 2015. But when October 20, 2014, rolls around, that deal blows up and you lose the opportunity. So, naturally, you set the stage to “Closed Lost.” The problem? When you do that, the close date likely still reads: March 1, 2015. Now, it’s January 2015 and you want to run a report that shows all of the lost deals from the previous year. Because the deal you marked “Closed Lost” on October 20 still shows a close date of March 1, 2015, that lost opportunity won’t show up in your report and it won’t be accurate.
Executing this Hack in Salesforce:

Set a workflow rule that automatically changes the close date of deals marked “Closed Lost” to the date the deal was actually lost. This is a very simple tweak, but it makes reporting on won and lost deals much more accurate and insightful.

If you think about the native competitor functionality in Salesforce, it’s generally pretty bland and static. Yes, you can associate competitors to specific opportunities, but you generally lack the ability to add more dynamic attributes or fields around competitive relationships, strategies, or tactics.
Executing this Hack in Salesforce:

Create a custom competitor object. By taking all of your competitors and creating an account record for each of them in Salesforce, you can create a lookup that lets reps acquire an exhaustive history of a specific competitor’s involvement in an individual deal. For instance, which competitors were active in a particular deal? Which competitive strategies were used against you at a particular stage? Which tactics were particularly effective against an individual competitor at a specific stage of a won deal?

Doing this creates a living battle card that your team can use to gain critical insight into competitive behavior, and collaborate to identify the strategies or tactics that have worked against competitors in the past. You can also use Salesforce Chatter on these accounts to boost collaboration further.

Blake Harris
Head of Growth
Blake Harris is the Head of Growth at Formlabs, which develops professional 3D printers for designers, engineers, and other creators. He was previously a Growth Strategist at OpenView.
Twitter
LinkedIn
You might also like ...
Product-Led Growth
Treating Your Data As A Product: Layering Product-Led Growth On A Tech Stack
Product-led growth (PLG) thrives on data. But as anyone who’s worked on a company's customer relationship management (CRM) tool like...
by Sam Richard
Sales
Value-Based Selling at monday.com: Solving Problems, Earning Trust, and Growing Accounts in 5 Simple Steps
When I joined monday.com nearly seven years ago, I was the 16th hire and was excited to be transitioning to...
by Aron Vuijsje
Product-Led Growth
Building Sales Teams From The Ground Up In PLG Environments
I’ve spent over two decades in sales, starting in the nascent enterprise SaaS world at an early-stage startup going through...
by John Eitel