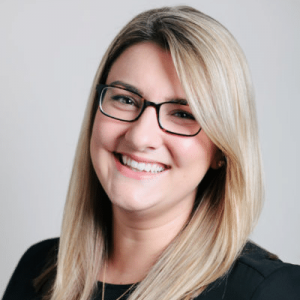 It’s an age-old question: should SDRs report to sales or marketing? Ask five people, and you’ll get five different answers based on individual experience and factors ranging from company stage to the SDR career path to the individual personalities and preferences of a company’s heads of sales and marketing. It’s a complex issue that is always evolving as the marketplace changes.

As someone who is often caught in the crossfire between sales and marketing (it’s part of my job description as the VP of Go-to-Market here at OpenView) I was delighted to have the opportunity to host a panel of industry leaders with diverse opinions about and varied experience with this very issue. As part of our Go-to-Market Forum, Casey Cheshire of Cheshire Impact moderated a panel with Natasha Sekket, VP of Demand Generation at ClickSoftware; Frank Ernst, Vice President of Sales Development and Inside Sales at Zuora; and Brian Schwartz, Head of Sales at UserTesting. The following includes a few highlights of the conversation.

Let’s get right to the crux of the issue: Do SDRs belong with marketing or sales?

Brian Schwartz: Over the course of my career, I’ve seen it work on both sides. I guess I’m an unusual sales leader in that I’m philosophically agnostic about whether SDR has to be in one place or the other.

One of the things I think has to align with your business model is whether you are an inbound organization for the front end of the funnel or an outbound organization at the front end of the funnel. At UserTesting, our business model aligns very well with outbound model and having SDRs be in the sales organization; but if you’re predominately inbound, you can justify having SDRs in marketing. And if you’re doing both, then you get into an interesting discussion about whether you want two different groups with one focusing more on follow up or one that is more account-based, outbound oriented.

Natasha Sekkat: You also need to think about your leadership team. Not just who, but also the relationship between your head of sales and your head of marketing. Do you have a good relationship, or a tense, finger-pointing relationship?

Frank Ernst: I think people are important; but, Brian, getting to your point of inbound versus outbound, we used to have that debate all the time. You start to look at the opportunities and say, “No, I actually sourced that, you didn’t. I drove them to that event. You can’t take credit for it.” It’s this insane argument. What are we fighting about?

So, we took steps to define our process. Marketing now is responsible for a number and it doesn’t matter if an SDR generated it or not. Similarly, the SDR team doesn’t get paid on anything that they pipe until a sales rep accepts it. Defining the process changed everything in terms of how we look at our customers, because all of a sudden we weren’t focused on whether something was inbound versus outbound or whether a certain event was responsible.

But how do you know if you have a problem?

So, I strongly encourage everybody—if you find yourself in these conversations, and we’ve all been there, that’s when you’ve got to point your team towards the same goal. You can’t continue to argue about these things because it’s a massive waste of time.

Natasha Sekkat: Comp is an important piece of it too. You need to be able to definitively point to the rules and guidelines. Now that I’ve been on the marketing side and have been getting more familiar with the details around it, all of the trends are around multi-touch attribution. There’s nothing in marketing anymore that can claim to be “the one thing,” especially not in the enterprise space. They saw my flyer and 15 months later, they spent $1 million with me.

Natasha, you were a sales veteran and then took on the marketing role. What was that difference like? What did you learn from that, seeing the other side?

In my current role, the first thing I did was to look at things through the sales lens. I mentioned earlier that the pendulum was swinging more toward volume so that even field marketers were apologizing to me when their weekly updates were less than a page long. They would say, “We’re so sorry. We weren’t that busy this week.”And I would say, “This is crazy. What are the results from all of these activities?” It’s not just about doing things, it’s about driving results. And, for enterprise sales, it’s actually not even just about driving general results, it’s about driving results within that specific subset of accounts or industries that we actually care about.

So, a lot of the level setting was understanding the buyer’s journey and aligning it to marketing and sales tactics. How do we get better educated on what they’re doing, what stage they’re at, whether they have a competitive solution, and whether they are in one of our hot industries where we know that we own market as the go-to vendor?

How do the SDRs tie to account based sales, and have you always been doing this or is this a newer thing?

Frank Ernst: We targeted three sweet-spot segments and then went deeper to establish what a successful customer looks like. This where the overlay of marketing and sales really happens. We score each account (think simple red, yellow, green) and then we’re trying to get to target conversion rates for each group.

For example, for our red, which is a marketing-led pre-funnel—we want a 5 percent conversion. At yellow, we want 12 percent. Now, all of a sudden, the activity for SDRs is driven off that data. The journey starts with an outbound email that says, “Hey, here are three other customers who look just like you. You might want to check out this asset.”

Brian Schwartz: For us it was about focus around ICP and target verticals. Do we know what our target personas are? Is that all written down? Is it the gospel within our organization? That doesn’t mean we’re rigid or inflexible about it, but it means we’ve agreed to what those priorities are, which means the SDRs and AEs know which accounts they should be prioritizing.

It’s not about saying you can’t talk to anybody in a different persona or you can’t talk to an account or go after an account that’s outside of that vertical. It’s more that you’ve got to know you’re Lone Ranger-ing it, and you’re not going to have the same kind of collateral and case studies to drive or generate that business. Then, the question becomes how much of your time do you really want to be out there on your own?

We’ve reprioritized accordingly as we’ve seen market shift and more traction and more case studies and more referenceability in that space. Focus doesn’t mean you’re inflexible, it just means you might re-prioritize from time to time. Is she giving us the hook?

I was, in fact, giving them the hook. It was a great panel, and we covered a lot of territory; but we had to call the conversation somewhere. While we certainly didn’t exhaust the topic, we uncovered a lot of different elements that need to be considered in developing an SDR strategy.

We’d love to learn how your organization approaches SDRs. Let us know in the comments!

Liz Cain
Partner
OpenView
Liz Cain leads the firm’s Investment team and sits on the Investment Committee. Liz joined OpenView in 2016 to lead the Expansion Platform delivering recruiting, market insights and marketing/sales strategy services to our portfolio. Today, she manages the Investment team and focuses on developing the systems, processes and team to identify and win the best expansion stage software deals.
Twitter
LinkedIn
You might also like ...
Sales
Listen
Stripe’s Jeanne DeWitt Grosser on Buffalo, Whales, and Scaling Sales

In just five years, she’s helped grow Stripe’s sales team to about 200 folks in the U.S. and 500 globally—that’s bigger than the entire company was when she first came on board.

We all get those terrible sales messages on LinkedIn that sound like they were written by a bot. Well, turns out that’s exactly what’s happening.

by Candyce Edelen
Product-Led Growth
Why Are Salespeople So Afraid of Change?

Sales reps are going to miss product-led growth just like they missed account-based marketing. And their paychecks are going to suffer.