Solidarity or Self-Promotion? 3 Tips for More Authentic Cause Marketing 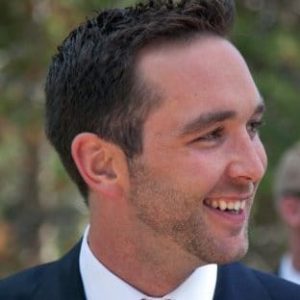 Cause marketing can end up being counter productive if the brand stands out over the cause. TUGG Executive Director David Brown shares three tips that can help companies avoid falling into that trap.

The 2014 Boston Marathon was a major milestone, not just in Boston but also across the nation. Millions of us pulled together and turned out for the event or tuned in on our computers and televisions. We cheered on Ernst van Dyk as he rolled across as the first finisher for this year’s event, Rita Jebtoo as she won her second straight Boston Marathon, and then Meb Keflizighi as he became the first American to win the marathon since 1983. And then, with even greater anticipation, we kept watching as 33,000 others finished the race.
What was clear throughout was that this year’s Boston Marathon was run with a sense of unity and community that brought out individuals and organizations like never before. We were resilient, we were united, and we were #BostonStrong.
Amidst all that, there were naturally many brands making plays to align themselves with the clear emotions of the day. Facebook and Twitter were littered with paid promotions by companies — some national and international brands, some smaller local brands — claiming their support for Boston and the victims of last year’s tragedy. But while some of these moves garnered support, a quick review of comments shows just how many struck a chord with their audience as inauthentic, pandering, or exploitative.
I, in particular, remember feeling frustrated by a Guinness ad that stated, “In Boston, they run to. Not from. Guinness salutes a city of true character” (see above). It was a simple sign of support, but it was not accompanied by any real supportive action for the community or those injured. It also carried the less-than-subtle implication that Guinness is beer for the bold and should be bought if you believe in spirit of this year’s marathon. This type of marketing, even if well intentioned, left a sour taste in my mouth as it did for many others.
The responses to this and similar marketing efforts show just how important authenticity is to any corporate philanthropic effort. Below are three suggestions on how to best target your corporate social responsibility (CSR) efforts to drive real value and create real brand alignment with your cause.

Solidarity or Self-Promotion? 3 Tips for More Authentic Cause Marketing

1) Lead by example, not just with your words

Saying you support a cause and actually showing you believe in it are two very different things. Studies have shown that one of the best ways to get others to commit time or money is to give to that cause yourself. This is why many nonprofits now impose give/get policies for their boards as it helps drive participation and encourages the donors to reach out to others in their network.

Phil Beauregard, CEO of Objective Logistics, provided an example of the power of this in action last year. In response to the Boston Marathon bombings, Phil reached out to our team and helped coordinate a fundraiser with us for the victims. After a platform was set up to raise money he was the first to make a donation. He then used his personal relationships and influence to encourage others, both in and outside his office, to make contributions as well. As a result, what started as a campaign with a goal of raising $20,000 actually generated over $350,000. He not only expressed that showing support was important to him, he was a leader in taking action, both monetarily and socially.
For company leadership, taking this kind of proactive step can not only encourage your employees to become more vested in the cause, it can also connect them with your passions and help you gauge whether the company is giving in ways that is meaningful to them, as well. This is why companies like Care.com, Wayfair, and Communispace now look to employee contributions before providing funding to causes. They make sure there is buy-in and leadership at some level for truly engaging with the causes they support.

2) Get actively involved in the causes and communities you give to (brand comes second, if at all)

Too many companies start designing their CSR platforms or giving campaigns by asking what they will get out of it instead of where they can add value to their community. Start with actually wanting to be part of the solution to a real issue and wanting to be involved with the community working on those issues. This passion will add depth to your story and brand, as well as keep you committed to the cause over time.
Hunter Walk (Partner, HomeBrew VC) recently wrote, and Michael Porter + Mark Kramer have suggested something similar in their writing on shared value creation, that in order to truly attain top talent and remain competitive companies will need to focus on achieving a minimal viable vision, not just a minimum viable product. The values your organization espouses, the causes you align yourself with, and the big vision of what your company can achieve is what will build your brand. Stick to causes you believe in and can remain committed to.
While financial contributions provide short-term band-aids for nonprofits, contributions of skills and relationships are the key to actually developing long-lasting, productive partnerships and helping these groups grow. A 2008 Harvard study, which focused on volunteerism at the Sierra Club, showed that giving personal time had the highest correlation to individual satisfaction, financial giving, and nonprofit organizational health of any other predictor. Engagement matters.
EverTrue is a perfect testament to this in practice in Boston. Not only does their product inherently add value for universities and organizations seeking to create social good, but as a company they actively enact their values as an active part of the community. The company helps lead two fundraising events annually, regularly steps up to volunteer for and sponsor other events, and even donates their product to great nonprofits. This full engagement strategy is essential to true culture building and can be scaled as your organization grows; Salesforce and Google are two examples of how engagement at scale can create great results and continue to drive corporate culture.

3) Focus your marketing on the success stories of others, not yourself

Perhaps the primary reason the Guinness ad struck a raw chord was that it was so centrally focused on their brand. Use your marketing opportunities to promote the good work of the organization or individuals you are supporting. Make their story the central element. HubSpot, who has built an intimate relationship with Charity Water, is a great example of how to build effective (and tasteful) branded charitable promotion across a number of channels. The key is to let others herald your successes and impacts while you continue to herald their impact. At the end of the day, we move the needle as a community, so start developing, supporting, and getting active in one today!
Have a great example of tasteful cause marketing done right or one that’s more about self-promotion than genuine support? Share it with us in the comments below!
Image by Ohio Sea Grant

David Brown
Founding Venture Partner
David Brown is an experienced leader with a passion for entrepreneurship and social causes. David is the Founding Venture Partner of NextGen Venture Partners. Previously, he was the Executive Director of TUGG TUGG.
Twitter
LinkedIn
You might also like ...
Market Research
The State of Cloud Marketplaces: A Look into the Data, Trends, and Findings for Software Sellers
Just like over the last decade, and even more pointedly in the last two years where we’ve seen most purchases...
by John Jahnke
Product
The many flavors of developer-focused software

Selling to developers isn’t impossible—it just requires marketers and sales teams to adjust their tactics outside of the established SaaS playbook.

by Sam Richard
Finance & Operations
Unpacking 2021's Unprecedented SaaS Funding Market
You’re not the only one noticing that a ‘unicorn’ valuation is no longer all that, well, out of the ordinary....
by Kyle Poyar